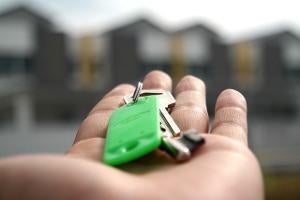 When a borrower defaults on a secured loan in Florida, they can sometimes end up owing what is known as a deficiency balance.

A secured loan is a loan in which specific property is pledged as collateral for the loan as opposed to an unsecured loan which is only backed by the creditworthiness of the individual. Most people know secured loans as mortgage loans and car notes, but there are many transactions which have collateral pledged. I have written a separate blog article discussing secured vs. unsecured loans in Florida which you can find here if you want to know more specifics.

In a typical secured loan relationship, if payments aren't made as agreed, the lender may (generally at its option and leisure) take control of the collateral and sell it to satisfy the amount outstanding on the loan.

This process is known by different names and takes on different procedural processes depending on the type of property involved, the specific agreement of the parties, and the law governing the situation; For example:

Many people are surprised to find out that even after their home, furniture, or vehicle has been repossessed (personal property) or foreclosed (real property/real estate) that they may be held liable for the amount due on the loan which is not covered by the sale proceeds of the collateral. I have found that many people are under the impression that once the collateral is repossessed or foreclosed, the obligation is satisfied and “the deal is done.” This is often not true. 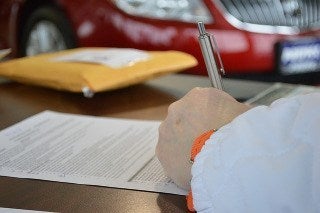 This is where the concept of a deficiency comes into play.

A deficiency is the amount remaining unpaid on the loan after the collateral has been sold and the proceeds are applied to the unpaid balance. As discussed below, this calculation is subject to adjustment by various laws pertaining to deficiencies in Florida for both real and personal property.

Obviously, not every sale of collateral will result in a deficiency. In fact, some will result in a surplus, which means that there are excess funds above the remaining unpaid balance on the loan (including all fees and costs which are allowed under the agreement or applicable law). Surpluses are returned to the borrower after all costs and fees are paid and distributed. Surpluses are rare, however, because if the borrower has equity in the collateral (it's worth more than is owed) its almost always better to sell it directly than to wait for it to be sold by the lender.

Because of the major differences in deficiency lawsuits in Florida, I will cover some points on the two major types, below:

Vehicle loan (and most other personal property) deficiencies in Florida: 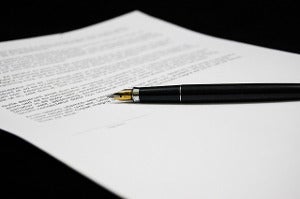 When the obligation is reduced to judgment, it is treated as any other civil money judgment in the state of Florida would be. This means that it is valid and effective for twenty (20) years and affords the judgment creditor all of the same post-judgment remedies that are available to any other type of judgment creditor in Florida including wage and bank garnishment, post judgment discovery in aid of execution and any other remedies available under Florida and federal law.

See my Judgment Defense practice page for more information on how I help consumers defend against civil judgments in Florida.

At the Law Office of Alex McClure, I pride myself on working closely with my clients to provide practical solutions to their consumer debt problems.

I do everything in my power to provide options that my clients didn't even know existed before consulting with me.

Contact the Law Office of Alex McClure today to find out how I can help you create a sustainable financial future for yourself.

I spent nearly 10 years litigating for some of the largest creditors and debt buyers in the consumer credit and finance industry. I now put those skills to use representing the interests of my fellow community members facing the most challenging financial problems of their lives. I exclusively practice consumer credit and finance law which includes bankruptcy, consumer protection law, wage and bank garnishment defense and debt defense litigation.

Thank you for contacting the Law Office of Alex McClure. If you would like to follow up by phone; call 407.984.5270

Please complete all required fields below.

Solutions For a Sustainable Future

I make every effort to tailor my services to the individual needs of my clients by approaching their issues with an eye towards both their short and long-term goals. I strive to provide solutions which address their immediate concerns and helps them create a realistic and meaningful path towards long term financial sustainability. I look forward to working with you to develop those solutions and help you successfully navigate your consumer legal issues.