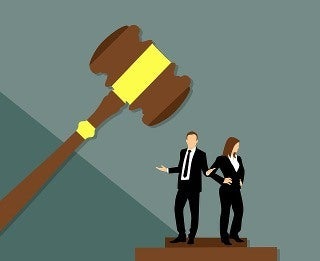 It sounds official, powerful, and potentially exciting. Many persons (consumers and misinformed attorneys alike) believe that reciting the incantation at a court proceeding or during negotiations will immediately bring their case to a halt and exonerate them of any further duties or liabilities with regards to the debts in question. If the phrase is to be taken literally, it would imply that no civil judgment could be entered against the individual so qualified. Perhaps the phrase conjures thoughts of a person whose status allows him or her to operate outside of the law without regard to legal contracts and debt obligations.

I assure you that it means none of those things and works in none of those ways. In my years of litigation representing creditors I routinely dealt with consumers who would raise the “fact” that they were judgment proof as a sort of defense to their case and a basis for why my clients could not pursue them further. They would almost always state that they read it somewhere on the internet or that an attorney informally advised them that this was the case. They were almost always wrong, sometimes with unpleasant consequences following because of their mistaken belief and their resultant failure to take the proper action to protect their interests.

The main problem I have with the term “judgment proof” is the fact that it has no recognized legal meaning in Florida and that people almost exclusively attempt to assert being judgment proof as if it does. I believe this is because of both a fundamental misunderstanding of the term as a legal concept and its casual use between some attorneys and the public.

So then what does being judgment proof mean in Florida?

What I believe most attorneys mean when they advise someone that they are judgment proof is that an unsecured, non-governmental creditor cannot reach the assets of the individual as they are at that moment in time, even utilizing legal processes which were designed to allow creditors to recover money from debtors such as execution and garnishment. As you can see, the qualifications as described make the explanation somewhat more complicated than “you're judgment proof.”

The first is that the asset itself has a recognized legal exemption from attachment by creditors generally. An example of this your homestead property in Florida or certain property held by married couples in Florida when only one spouse is the debtor.

The second is the recognized legal exemption of the asset because of the status of the individual who owns or controls it. Examples of this type of exemption include Florida head of household and certain active duty military personnel. (It is important to note that head of household in this context has a specific legal meaning and definition. It doesn't simply refer to the individual who considers him or herself as such.)

What's important about both of these scenarios is that the exemptions almost always must be affirmatively asserted to be effective, and they are subject to change as the status of the individual or the asset changes.

I have seen many Florida debtors fail to respond to a lawsuit or a garnishment believing that they were judgment proof and therefore “protected” only to find out that by failing to actually raise their defenses or prove their exemption they had waived their rights instead. If this happens, there is sometimes nothing that can be done to undo the waiver or failure to respond. This scenario in particular is what troubles me most about the casual use of the term “judgment proof.” It oversimplifies what might not be a simple situation and the ramifications of a misunderstanding are potentially disastrous. I have seen too many people believe that being “judgment proof” was some sort of automatic protection observed by the legal system. To clarify, it is not. The protections which may apply to an individual to render him or her judgment proof in Florida are protections which must be affirmatively sought by the individual seeking to benefit from them.

If you are a Florida consumer being pursued by a creditor, you don't necessarily have to wait to make potential exemptions known to that creditor.

This is a scenario where you can benefit from the advice of an experienced attorney who can work with you to make sure you are properly and timely making claim to exemptions which you are entitled to under Florida and federal law and potentially avoid certain processes altogether. Some proactive footwork and foresight on the front end can potentially save you a lot of litigation and heartache in the long run.

Because of the high potential for confusion, I personally don't use the term judgment proof in my practice. I find that it is more straightforward and less confusing to explain to a consumer the status and potential ramification of each of their potential obligations on an account by account basis even though this approach will involve a more thorough explanation of the situation.

I spent nearly 10 years litigating for some of the largest creditors and debt buyers in the consumer credit and finance industry. I now put those skills to use representing the interests of my fellow community members facing the most challenging financial problems of their lives. I exclusively practice consumer credit and finance law which includes bankruptcy, consumer protection law, wage and bank garnishment defense and debt defense litigation.

Thank you for contacting the Law Office of Alex McClure. If you would like to follow up by phone; call 407.984.5270

Please complete all required fields below.

Solutions For a Sustainable Future

I make every effort to tailor my services to the individual needs of my clients by approaching their issues with an eye towards both their short and long-term goals. I strive to provide solutions which address their immediate concerns and helps them create a realistic and meaningful path towards long term financial sustainability. I look forward to working with you to develop those solutions and help you successfully navigate your consumer legal issues.